Ultimate Guide to Kpop Collecting: How to start a Kpop collection 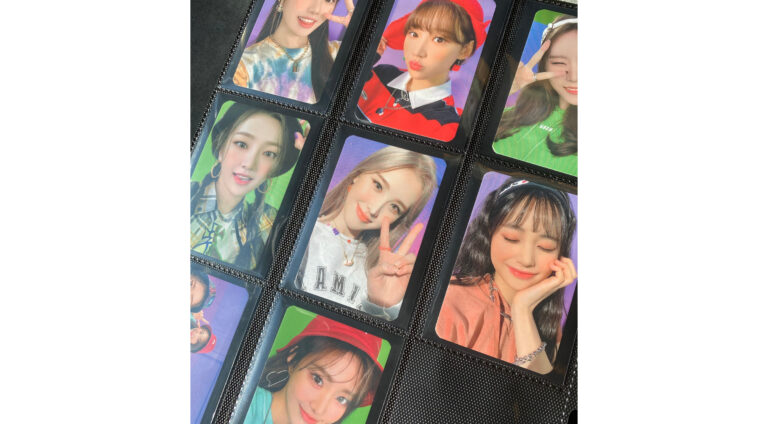 Just started to like kpop and you want to join the fantastic world of kpop collecting. This post will help you on your journey to start your own kpop collection. Like what do you want to collect: Albums, photocards, merch, signed stuff or all of it. There is so much to choose and you should collect whatever what you want.

Kpop albums are the main thing in Kpop collecting and it is usually what most people start with. Kpop albums are easy to obtain and are a lot more affordable than collecting photocards, merch & etc. As a multi-stan I started with buying albums because that was the most affordable way for me to support the groups that I liked.

Kpop albums are the backbone of kpop collecting and it just makes sense since it is a music industry. Albums come with a lot of inclusions such as photocards, a photobook, postcards, stickers and other unique inclusions, but the main inclusions you will find in almost every kpop album are photocards and a photobook.

Groups usually don’t have too many albums, but there are some exceptions. We have seen a lot of groups starting to have at least 2-3 versions of the same album each comeback which can become a lot when a group has 1-2 comebacks each year.

The new albums are usually easy to find online and the shipping shouldn’t be too expensive depending where you live in the world.

Concert DVD
Groups and artists that have had a concert usually make a Concert album/dvd which basically has the same types of inclusions as a normal album, but it’s a little more expensive and you get the whole concert on cd. These tend to not get reprinted so buy them if you can and want them.

Photocard collecting can be as easy or hard as you want and it really depends on what you want to collect. Photocards normally come as an album inclusion, but there are some photocards that do not come in an album. I will be going through all the different types of photocards.

Starting with the cheapest and the easiest type of cards to collect the album photocards. Every Kpop album comes with one or multiple photocards, sometimes in different concepts or themes. Note: Older Kpop albums might not have photocards at all.

Twice Taste of Love album came with 5 out of 45 photocards. For those who don’t know Twice they are a 9 member group which means there are 5 different photocards sets in this album. Twice is known to have a lot of album photocards and that is also why their photocard prices are lower than other groups.

POBs are photocards you get when you pre-order an album. The time limit is usually from two weeks before the release till the day of the release. There are two different types of POBs Album POBs and store specific POBs.

Album Pre-order Benefits
These POBs come either in the album or in their own pocket with the album. These can be ordered from every store who has the album on pre-order.

Store Specific Pre-order Benefits
To get these POBs you have to pre-order from a specific store. There are a lot of stores who have these POBs and they are as official as Album pre-order POBs. The photocards are unpublished photos that the store got from the artist’s company.

Makestar held a Pre-order Video Call Event for Ateez’s [Zero : Fever Part.3] which gave one POB per album. In this event you could also apply for a Video call fansign.

There are so many different kinds of merchandise, but I will try to mention the most common ones. The merch can range from anything between photocards to for example Oh My Girl’s table set with a small table, a spoon and chopsticks & more from their 2nd Fanclub Kit or the whole BTS x Line Friends = BT21 concept.

The most common merch is the Season’s Greetings. Every year almost every group and artist releases a season’s greetings for their fans. For you multi-stans just buy one each year. There is no need to buy multiples. They all include the more or less the same. You don’t need more than 1 calendar. Jokes I actually bought two last year and I don’t regret it ^-^

Anniversary Merchandise
Groups and artists tend to celebrate their anniversary with merch usually through pop-up stores or online. Here you can pick and choose what you want so you don’t need to spend a lot if you don’t want to. It can be hard to get merch from pop-up stores without going through a middle person. You can find them on any marketplaces.

Fanclub Kit
Fanclub kits are given through fanclubs against a small yearly fee. I have never done this, so the information on this can vary. There is usually a sign-up process to join the fanclub’s membership and when you get in you need to pay a yearly fee. Fanclub kits will be given to everyone who has a membership. The fanclubs usually operate on Daum cafe (cafe.daum.net/Groupname), but it seems now that more and more groups and artists also do it on Vlive which is a lot easier for international fans.

Concert Merchandise
Almost every concert has some type of exclusive merchandise that you can only get at that concert. Sometimes everyone who has a ticket can get anything at the store, but other times there is a limited stock of something. Photocards can be limited to 100 sets.

Lightsticks
Groups and artists make their own lightstick. Not everyone does it. It is usually groups that are somewhat successful. Lightsticks are quite unique and cool. Everyone has their own concept that fits their groups very well.

Where to get signed albums, polaroids, photocards & more?

To get signed albums you can either get into a fansign or buy one from Mwave when the album is released. Buying from Mwave is absolutely the easiest way to buy an authentic signed album, but not every group collaborates with Mwave and it’s time limited.

You can also buy from Ebay and other marketplaces, but you should check if the signatures are real or not.

Polaroids
Polaroids can be obtained through winning contests or getting into fansigns. Some groups have limited polaroids in their album, only for the first print so there is a chance to get one in an album, but the chance is minimal.

Polaroids are one of a kind and taken during an event. They can either be raw or signed with a lot of doodles.

Note: It’s important to not think that every polaroid you see is one of a kind. Some polaroid can be mass produced as a POB or during an event.

Other signed stuff
There are a lot of different things that can be signed.

Album can be bought at any kpop online store.

These are some of the stores I have used to buy albums. There are many other stores which can be better for you than these. There are many factors to which store is the best for you such as where you live (Shipping price), how many albums you are buying in one purchase, Import tax etc.

Out of print albums can be found on any marketplace and you can sell any album there if you want.

Photocards can be obtained by buying albums or participating in events (POBs, fansigns, pop-up stores etc.). Buying, trading and selling photocards is very common so it should not be that hard to find the photocard you want as long it’s not very limited. Personally I like to buy, trade and sell on Instagram @kpopgulingen. I recommend starting with Ebay even though it’s where photocards are the priciest. Most people don’t recommend Ebay since it’s cheaper on other marketplaces and I kinda agree, but on Ebay you get buyer protection and it’s really hard to get scammed on Ebay as a first buyer. Collecting should be fun and safe so starting with Instagram, twitter and other marketplaces can be stressful and painful. I want more people to stay in the collecting community so if someone gets scammed it’s really hard to enjoy the hobby.

There are so many different stores who hold these events for different groups and artists. You should definitely follow your favorites on social media to find out when and where they have an event.

These three are in my opinion the easiest for international fans to apply for Video call fansigns and they also hold pre-order events. These are also the most contested ones so getting in can be hard for popular groups/artists.

I only named a few stores, but there are so many other stores who hold POB event and video call fansign events.

The last tip: Have fun

Like every other hobby you should have fun. Collecting can be whatever you want, but for some people it can be stressful and draining on their mental health so your number 1 focus should be having fun and concentrate on your collection growth.

My two first albums were Apink’s Luv and CLC’s First love in 2015. I didn’t have any money at the time since I was in school and had no job, so my collection was only those 2 albums for some time. My two next albums were Fromis_9’s To. Heart both versions in 2017. In 2017 I got my first job and since then my collection has grown a lot (to me at least). I have seen people who have massive kpop collections and my goal would be to have a collection like them in the future, but at the same time I have enjoyed my kpop collection journey as well, so I am really happy with my collection. 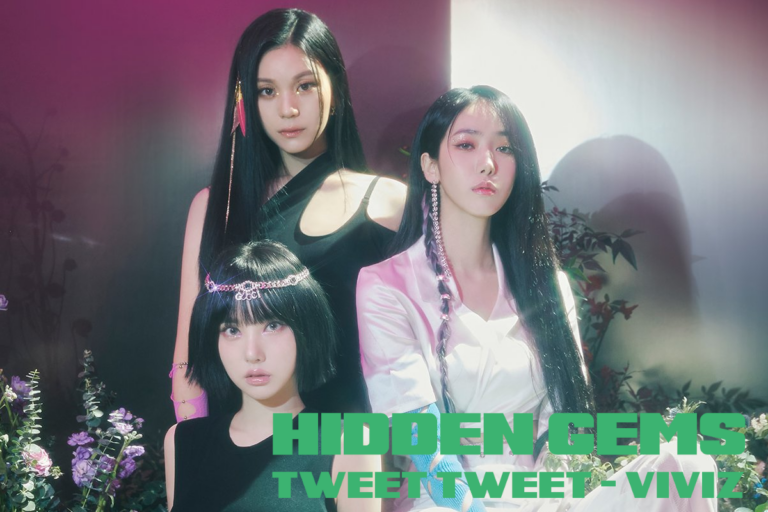 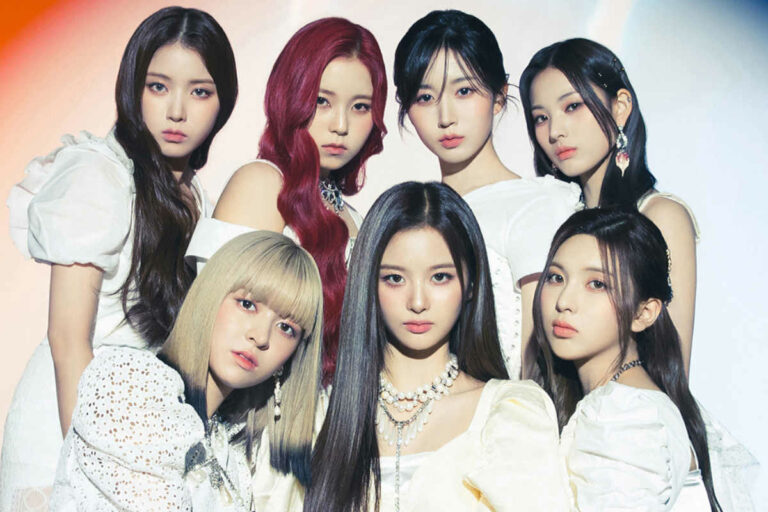 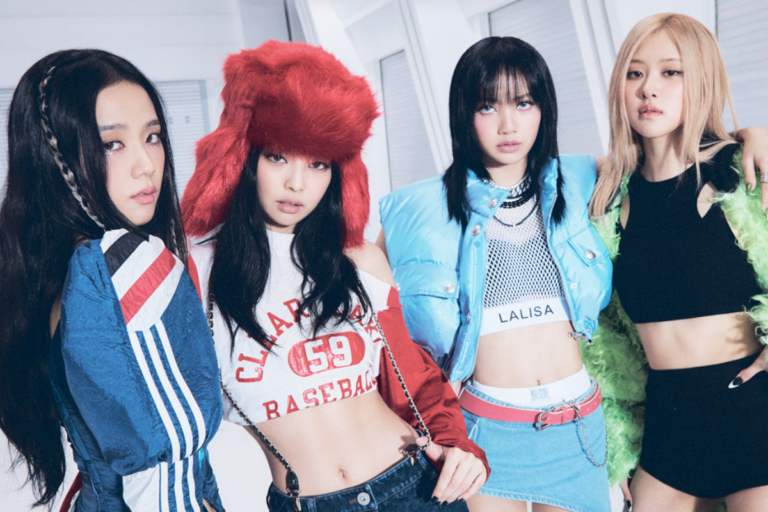 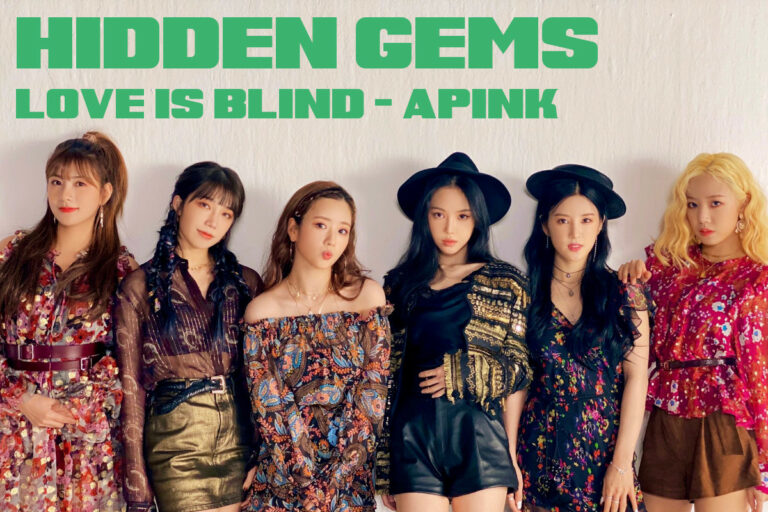